BRUNCH 101 - THE HISTORY OF BRUNCH 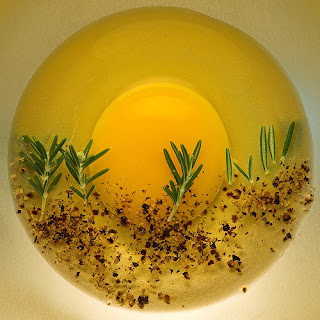 To me, Brunch is the whisper of sweet nothings to my insanity. To you, Brunch might be two eggs over easy. Either way, before we continue our exploration, I want to equip you with the proper tools to navigate this beautiful thing called Brunch! Therefore (drum roll) I have composed a sweet nothing guide to all things Brunch! Where did Brunch originate? What does bottomless mean? All the things you never knew about Brunch, but laid awake restlessly pondering… you will now know J Class is in session:

In the Beginning: Brunch originated in 19th century  by an Englishman named Guy Beringer. In 1895, he wrote an article for Hunters Weekly called “Brunch: A Plea”. In the article he pleads “Instead of England's early Sunday dinner, a post church ordeal of heavy meats and savory pies. Why not a new meal, served around noon that starts with tea or coffee, marmalade and other breakfast fixtures before moving along to the heavier fare? By eliminating the need to get up early on Sunday, brunch would make life brighter for Saturday night carousers.” From this article, the meal after second breakfast (a light meal eaten around 10:30am) called Brunch was born; becoming a frequently used slang word by ’s university students.

Brunch in the : Originated in 1930’s , due to the late morning stop by the transcontinental train, which transported celebrities and the wealthy. During the stop, passengers would leave the train for Brunch, before continuing their journey. Brunch popularity increased after World War 2, with the decline of Americans attending church. Sunday soon became the day to do absolutely nothing but sleep late, read the paper, lounge in bed; and then later venture outside for a wonderful meal...Brunch!

The word Brunch: A portmanteau (blend of 2 words) of breakfast and lunch.

Day of the Week: Sunday. Saturday has since been adopted as an alternative day.

Time: Traditionally between 11am and 1pm. Most restaurants serve until 3pm.

Most Popular Brunch Cocktail: Mimosa.  (or sparkling wine) and chilled Orange Juice. Served in a champagne flute as a hair of the dog; an alcoholic drink that lessens the effect of a hangover.

Brunch is Served: Buffet or Ala Carte menu. Buffet style is the most popular, usually offered “all you can eat”.

Jazz Brunch: Live jazz played during brunch, creating a festive atmosphere. It is said to have originated at the Commander’s Palace in .

Why Brunch: Why Not!

Congratulations! You have now completed Brunch 101, your prerequisite to the fabulous world of Brunch. Now divide graduates, make reservations, sip mimosas, and as the late Guy Beringer would say “Brunch is cheerful, sociable and inciting. It is talk-compelling and puts you in a good temper. It makes you satisfied with yourself and your fellow beings. It sweeps away the worries and cobwebs of the week."  I don’t know about you, but I want two of everything he was having for Brunch that dayJ 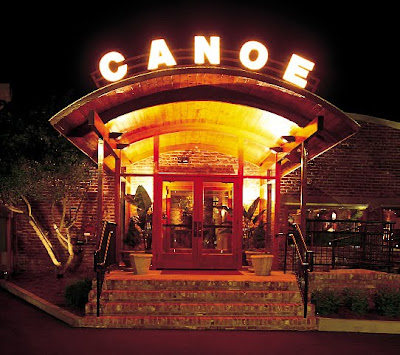 “We live in a state with a wonderful climate and plenty of natural beauty, from the shores of Cumberland Island to the Chattahoochee River to the Blue Ridge Mountains." Roy Barnes

NEIGHBORHOOD
Vinings – Nestled alongside the Chattahoochee River, this sophisticated suburb was originally known as Crossroads. In 1830 it became Paces, named after Hardy Pace who owned Paces Ferry Station. This station shuttled passengers between Atlanta and Buckhead. 10 years later, Vinings became official when architect William H. Vining constructed a railroad bridge, making Vinings a construction stop on the Western and Atlantic Railroad. Today, this neighborhood is the suburban stop for Atlantans who appreciate the charm of the modern day community Vinings has blossomed into. 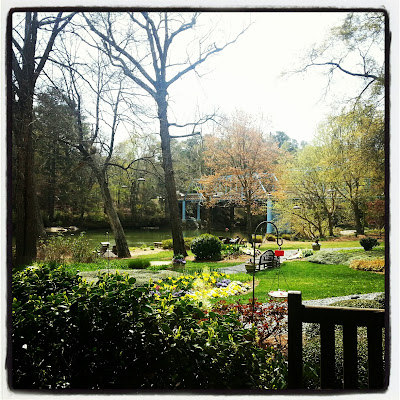 AMBIENCE
Tucked Away, Not Far Away... Brunch at Canoe is like traveling to another place without leaving the city limits. The restaurant is tucked into the corner of a shopping plaza along Paces Ferry Road. The big CANOE letters that line the entrance is your invitation to dine at one of Atlanta’s hidden gems. Crisp white linen and china await you at the table, but it is the view that brings brunchers back every Sunday. A panoramic window shows a picturesque scene of a manicured garden with a rainbow of flowers at full bloom, as the Chattahoochee River flows quietly in the background. The patio is the best seat in the house, giving you front row access to a tranquil experience; that sets the tone for a wonderful brunch before your server can say, “What would you like to drink?” In which, our response will always be “Mimosa!”

BRUNCH
The southern influence of Chef Carvel’s dishes shine on the plate and dances on your taste buds. From presentation to taste, the attention to taste and texture is superb. Therefore, a Canoe brunch is best experienced in courses. Starting off with a basket of fresh baked pastries like the Georgia Pecan Sticky Buns. The warm and flaky pastry sprinkled with pecans, melts in your mouth, with a sweet glaze perfect to taste. 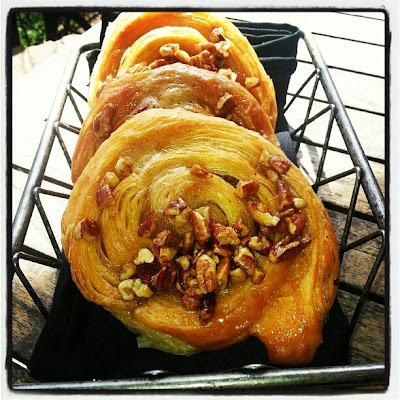 A lovely starter is the She – Crab Soup with Jumbo Lump Crabmeat and Cream Sherry. The presentation is delightful with Sherry served on the side, making it a cozy pairing of comfort. The soup is best shared to save room for the main course, so ask your server to split. 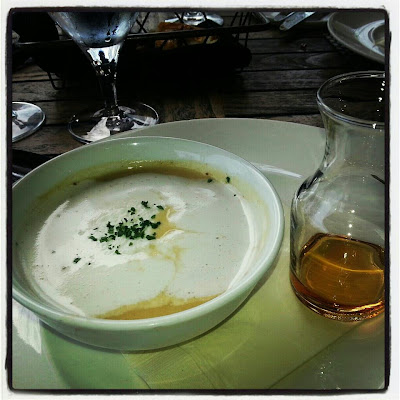 The main course was the Bacon & Egg Scrambler with Goat Cheese, Spinach, Puff Pastry and Bechamel Sauce. The soft scrambled eggs cascaded out of the puff pastry with smoked bacon and a medley of vegetables. 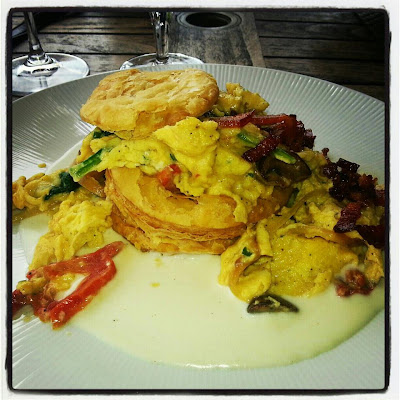 A playful debut on traditional shrimp and grits. "Shrimp and Crawdads" is a delicious blend of Shrimp, Crawfish, and Andouille Sausage with Soft Scrambled Eggs and Cheese Grits. 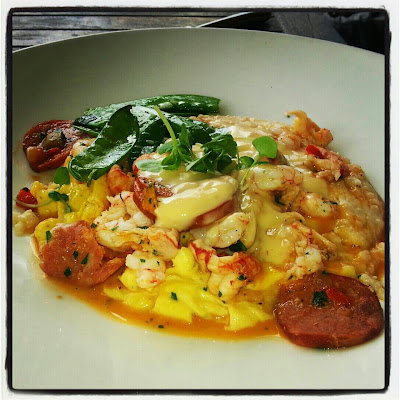 WHAT TO WEAR
Business Casual

WHEN TO BRUNCH
Sunday 10:30am to 2:30pm
Reservations recommended 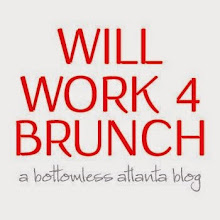